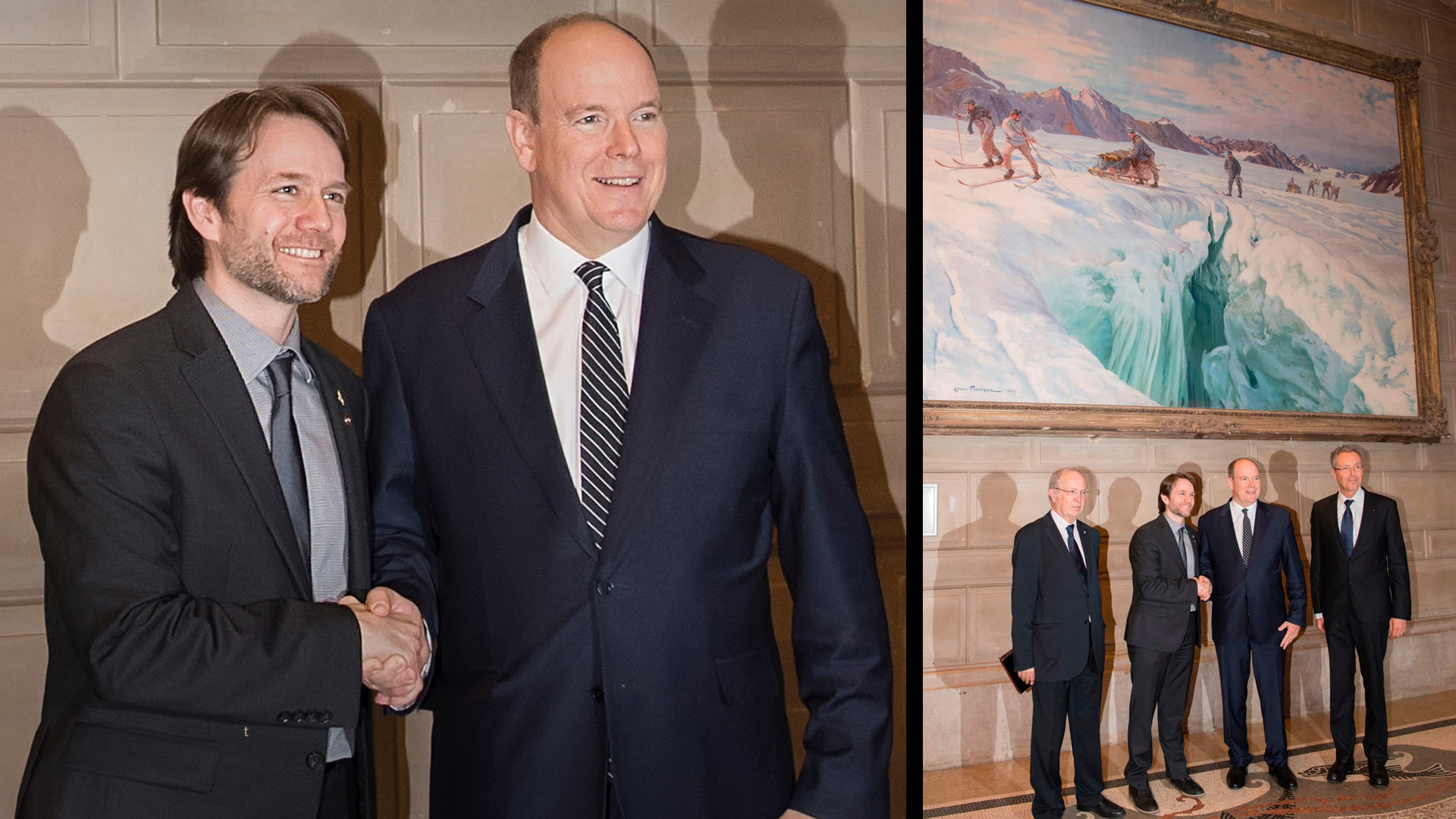 Posted at 02:31h in Media by oils@trepanieroriginals.com 0 Comments
Share
April 2018: The first screening of Cory’s Into The Arctic 3: The Last Chapter, was a wonderful affair at the spectacular Musée Océanographique de Monaco. In attendance was Prince Albert II, who Cory had the pleasure of meeting and having an official photo taken with below a 1906 painting of his great great grandfather’s (HSH Prince Albert I) expedition to the Arctic in Svalbard. His highness first stepped foot in the Arctic in 2006, on an expedition to the North Pole by dog sled. It was the same year Cory first explored the Canadian Arctic with his wife Janet and their daughters. The evening wrapped up with Cory holding a bilingual Q&A session with an audience passionate for both art and the Arctic.