In 2015, the Embassy of Canada in Washington D.C. asked if they could borrow a large Arctic painting for their newly renovated Arctic Room. The space – on the 6th floor an next to the Ambassador’s office, had been created to celebrate Canada’s Chairmanship of the Arctic Council.

As I did not have a suitable canvas in the studio, I reached out to a collector who graciously agreed to part with his.

In March, Janet and I caught up with the 8 foot wide Glacierside in DC for its introduction, and had the honour of sharing Canada’s North with Canadian ambassadors to the US, museum directors, US senators and even the Secretary of the Interior. We also explored with the embassy the idea of bringing the Arctic to Washington on a larger scale in 2017 with our then developing Into The Arctic exhibition.

During our week, I also had the thrill of visiting the National Gallery and the Smithsonian Museum of American Art for my first time, and study original works from some the giants of landscape painting history like Thomas Moran and Frederic Church.

Glacierside remained on display until February 2016, accompanied by the small oil study began on location, and visiting dignitaries to the Arctic Room received copies of our Into The Arctic II film.

Visit to the National Gallery of Art and encounters landscape masterpieces I’d only seen in books.

Sharing at the Embassy, a guided tour of the Department of the Interior museum, and a visit to Frank Lloyd Wright’s Fallingwater house. 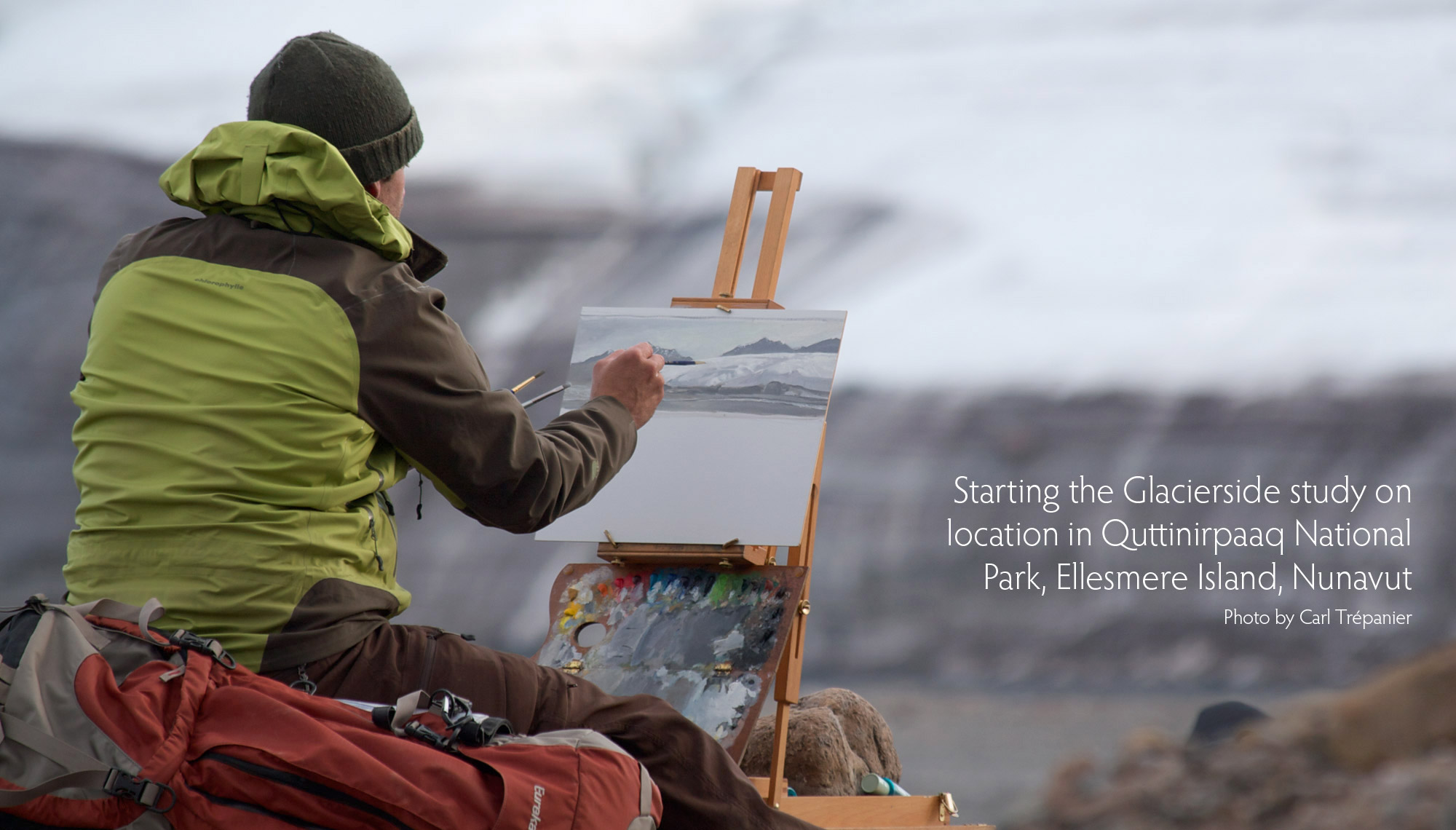